We’re still behaving like the rebel alliance, but now we’re the Empire. by rands
Thursday October 23rd, 2014 at 4:50 PM

Pete Warden on why nerd culture must die:

And that’s where the problem lies. We’re still behaving like the rebel alliance, but now we’re the Empire. We got where we are by ignoring outsiders and believing in ourselves even when nobody else would. The decades have proved that our way was largely right and the critics were wrong, so our habit of not listening has become deeply entrenched.

ocrammarco
reply
I was trying to figure out what was wrong with the file until I saw the .lisp extension...

Of coursed they came for NYC. We're the greatest city in the world, if you want to make an impact that's where you go. **** Texas, and **** you. Thanks for showing us in this thread that people from Texas ain't worth s h i t and proving our point that you're the crapper of states... right after Florida.

OKLAHOMA CITY - The central United States braced for another round of violent weather on Monday after high winds, hail, and tornadoes struck the region, killing one man and injuring more than 20.

ocrammarco
reply
This isn't so much an article but a sub-site I stumbled on for reuters, I love the stripped down UI

The Verge - All Posts 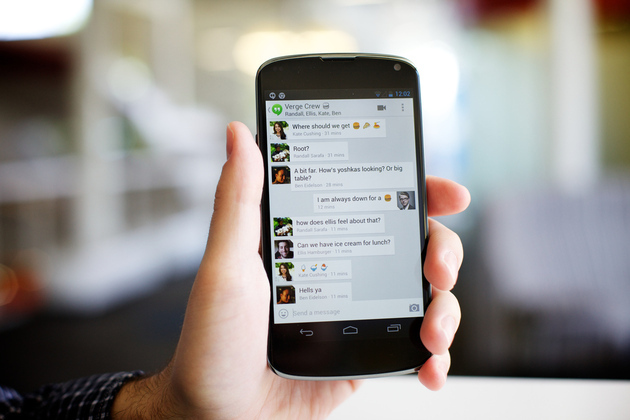 Google's new Hangouts messaging platform will feature SMS integration and outgoing calls in the future, a Google employee has confirmed. Dori Storbeck, Community Manager for Hangouts and Chat clarified that SMS features are "coming soon" in a Google+ post, adding that an SMS tie-in is already one of the most requested additions to the day-old app.

Paper.js is an open source vector graphics scripting framework that runs on top of the HTML5 Canvas. It offers a clean Scene Graph / Document Object Model and a lot of powerful functionality to create and work with vector graphics and bezier curves, all neatly wrapped up in a well designed, consistent and clean programming interface.

Paper.js is based on and largely compatible with Scriptographer, a scripting environment for Adobe Illustrator with an active community of scripters and more than 10 years of development.

Paper.js is easy to learn for beginners and has lots to master for intermediate and advanced users.

Paper.js is developed by Jürg Lehni & Jonathan Puckey, and distributed under the permissive MIT License.

Paper.js is not simply a wrapper around the Canvas, it offers much more:

Read our tutorials to learn more about the features of Paper.js.

Paper.js is aimed at modern browsers with support for the Canvas object and EcmaScript 5. Even though in theory it is possible to write code that works in older browsers (Yes Explorer 8 and below, we are looking at you!), we currently do not support them out of the box. Let’s go forward!

ocrammarco
reply
I'm looking forward to seeing HTML5 become more of a standard across browsers, some of the stuff it can do is really cool.